Hello all, welcome back to the monthly update for the Nepiki Gaming blog! How have you all been? This was the month where I could finally unveil the site ”rework”, including a new domain, a whole new review format as well as the introduction of my own original character: Nepiki! So far everything has been going very smoothly, and I’ve been really happy with all the positive reactions I’ve gotten from the community.

Outside of the blog, it was a very boring month again. It also surprisingly took longer than it felt like! Don’t know how that happened, but I probably blame that on me farming way too much in a specific Gacha game I’ve already talked about multiple times in the past. I did also start swimming every Friday morning on my free days to get a bit into shape again, because {REDACTED} hasn’t exactly been kind to my stamina and especially not my weight. I think many people can relate to this. And boy was it needed, because my stamina is at the absolute worst it possibly can be. Which is a shame because I had a very good stamina during my middle school years. Oh well. Hopefully I can keep this up, alongside some at-home excersises every other day!

Given how much of a ”disaster” August was with the amount of games I’ve obtained, I took it easy for September. That is, mostly just a bundle or two, the Humble Bundle Monthly and this gem: 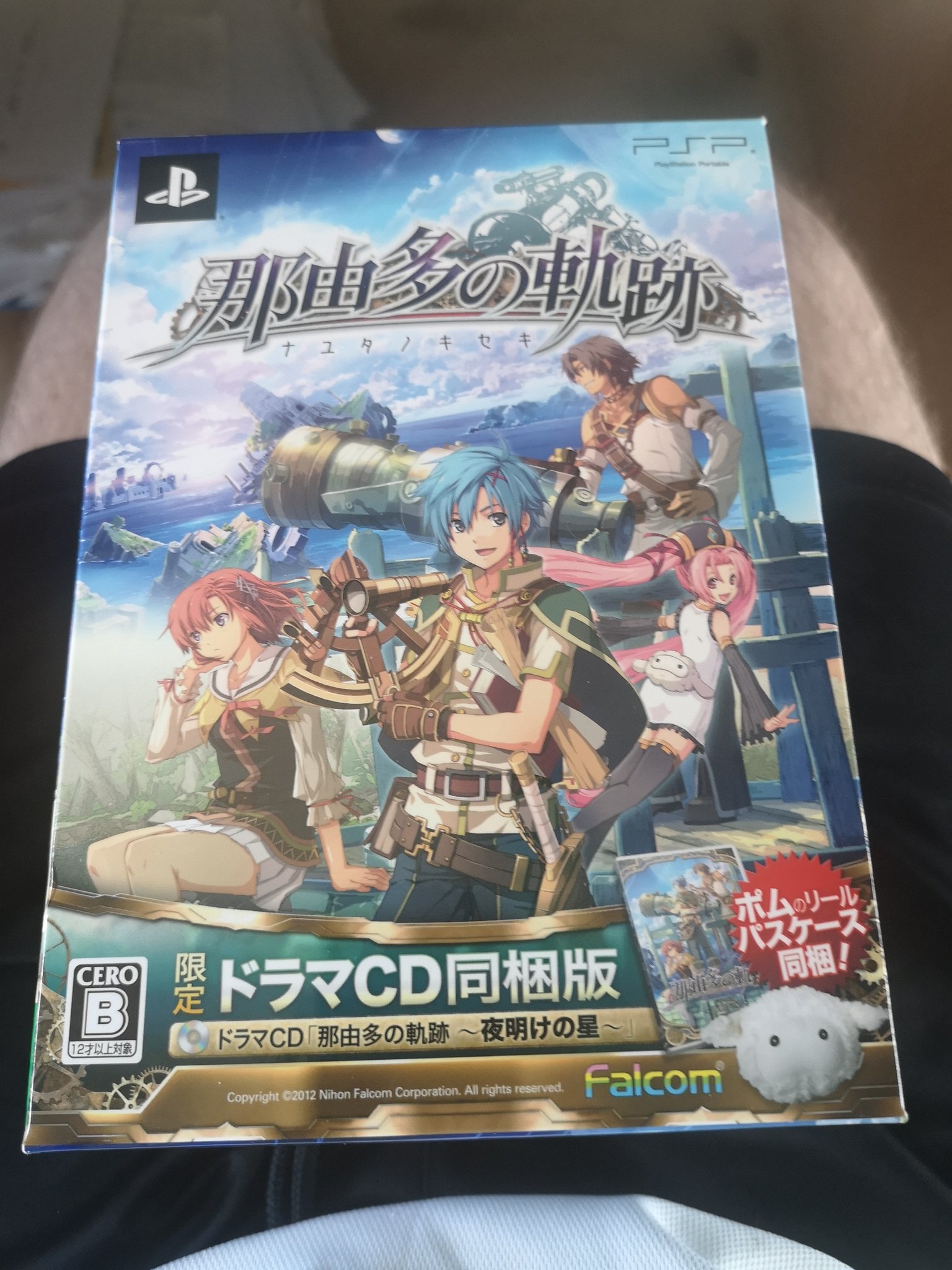 Ah yes, a collector’s edition of the Japanese-exclusive Nayuta no Kiseki. This is part of the Trails franchise, one of my favourite series of JRPGs ever of which I’ve also covered two games on the site so far, coincidentally also two that have not (officially) left Japan yet. This game is not directly connected to the massive plot of the other Trails games however, as it mostly just shares the name and that’s about it. 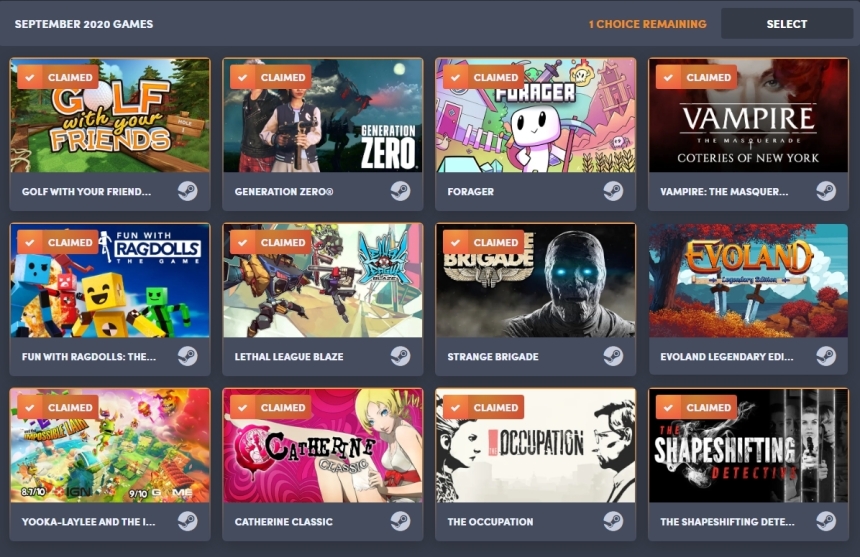 Oh yeah, Humble Bundle Monthly is a thing. I didn’t really post these in the past few months because they were either not mention-worthy (or, just trash), or I just straight skipped them. This month was one of the better we’ve seen in ages, with special mentions going to:

From some miscellaneous bundles I also got the first two Torchlight games… twice, since they were in different bundles so I’m also going to give that away. Road Redemption, Eagle Island, Hob and a few other games were also part of these bundles. There were definitely good bundles this month!

As I’ve stated in the introduction, this month was the start of a new writing style for me. It was an experimental writing style, but one that comes closer to my ideology of “A Youtube video in blog format”. It also felt much more relaxing to write, though I did end up reading my articles over multiple times now. I’m definitely planning to stick with this new review format, and I hope you all have enjoyed it so far as well.

Oh yeah, I also got some Discord news as in, not really but hey, news is news! It mostly comes down to me having used my programming skills to create a webhook for my own server that posts gaming- and anime news without me having to do anything. Eventually I ended up not using that webhook because it was slow and instead grabbed an rss bot that could do the same. Anyway TL;DR: My Discord server is useful for news now as well instead of just chatting. Hurray!

Here is a list of blog posts that I’ve enjoyed reading this month, and hope you will as well!

And that’s it for this month’s wrap up! Thank you for joining me as usual! Everything is slowly getting on schedule now with the site rework behind me, so I can focus completely on reviewing games again with a few different articles in-between. I don’t really have any major plans for October yet, so for now it’s best to expect more game reviews. I’ve been considering a horror game since “woo Spooktober originality for the win”, but that’s not something I have decided on yet.

Thanks for the shout! And honestly, even without the silly drama surrounding The Last of Us Part II, it’s not worth the investment. Naughty Dog games have never been especially cerebral experiences crafted for the thinkers, but this game ups the ante by being a full-on idiot plot. One writer for Polygon described it as a minefield, but it’s one the press was partially responsible for creating (including Polygon themselves), so I find myself unsympathetic to them.

The Trials series is one I’ve wanted to dive into for awhile. I really respect the design ethos of Nihon Falcom because they really know their stuff when it comes to game and story design in this medium, which was evident even back in the 1980s.

You’re welcome! Yeah, I have no plans for the foreseeable future–if ever–to take a look at The Last of Us Part II. I will maybe still try the first game someday in the future due to the amount of praise it has gotten, but the second game sounds like an absolute turn-off that I have no interest in at all. And yeah, the press have absolutely done their best to expand this minefield even further themselves.

It’s definitely a series I recommend everyone to try out. The attention to world-building is, in my opinion, almost unmatched in any other form of media. That said, it does also require a lot of investment from the player which is at the same time the games’ biggest downfall as there are currently 10 long games and counting. Each sub-series can be played apart from each other, but the problem is that only playing the first game of the sub-series most likely won’t suffice. It’s a franchise I can’t recommend enough, but also one that I want to warn people in advance for. But yeah, Nihon Falcom are definitely my favourite developer out there!

It wouldn’t be an awful idea to check out the original The Last of Us, but I do have to say that while many dissenters hold the position that it was a masterpiece, 90% of the problems people cite with Part II actually originated in that game. It is significantly more cohesive as a story, though paradoxically, it’s worse as an actual game.

And I can get behind a series whose creators can build a world. It’s difficult to pull off, but when it’s done right, the results are fantastic.

Hey, thanks for the link. I know a lot of people love the chao stuff from the Adventure games, and I guess I get the appeal — people like cute pet-raising things and all that, but it’s not my thing either, I’m with you on that. Doesn’t have much to do with Sonic anyway, does it? I know chao are technically part of the series lore but it doesn’t feel like it fits that well.

Haven’t brought it up, but I like the new character as well, great new look!

It’s a mostly harmless addition and good for the people who enjoy it, but I have a hard time understanding why people crave for something that isn’t even related to the gameplay of Sonic, yet at the same time complain when they switch up the gameplay in later games (like the Werehog with Unleashed and the parkour system with Lost World). Then again, this is a fanbase that will never get satisfied. I’m fine with the Chao Garden returning, but I don’t want to play a Sonic game for a pet simulator game; I want a good platformer.

Thank you very much, it’s appreciated! I’m looking to commission more art for her in the future as well 🙂

Thank you for featuring me!
Some pretty interesting others posts as well! , I really need to play Yooka Laylee and the impossible lair!
I am a huge fan of the old Donkey Kong Country games and I really liked the orginal Yooka Laylee except for those bloody arcade stages!

Pokémon Glazed – Johto as a second region? Sign me up! Hot

The Legend of Heroes: Trails from Zero – Fans do what localizers don’t

Highlights from Steam Next Fest February 2022

The Twisted Tales of Spike McFang – Cutest vampire protagonist… ever!

Give Ever Oasis another chance on the Switch

The Twisted Tales of Spike McFang – Cutest vampire protagonist… ever!

Give Ever Oasis another chance on the Switch