Hello all, welcome back to the monthly update for Nep’s Gaming Paradise! How have you all been? Not a lot happened for me this month, as I was pretty busy. When I wasn’t working, I was probably either attending a birthday or help my brother out since he’s going through an unexpected divorce process at the moment, and I wanted to be there for him as much as I could. Other than that, this month have been very boring. Nothing really happened, and I spent most of my free time on gaming. At least I’m expecting next month to be more exciting, but that’s something I won’t spoil yet! But I suppose we’ll move on to what I’ve been doing with gaming this month since I really don’t have anything to share at the moment.

I didn’t actually buy that many new games this month. Scratch that, I technically only bought 1 game. I did buy a bundle with a few interesting games, but they aren’t really worthy to mention. And also no Humble Bundle Monthly this month! …Yeah, it was complete trash and I didn’t want to spend money on it, and I’m certain many people joined me on that opinion. June was pretty good, so I hope August will also be good again. If not, then I’ll skip it again.

I was also pretty active on the dutch variant of Ebay, and I placed a few bids on games that I really wanted. They were mostly Nintendo DS titles like the Professor Layton series, as well as the Dragon Quest games. But apparently the sellers don’t want to actually sell their games since they refuse to respond to my normal bid. Of course I don’t go for the full price since that’s why haggling exists, but they aren’t even bothering with responding or mentioning that they want a higher price. Well, their loss I guess. I’m willing to pay more but if they’re going to act like this then I’ll buy them elsewhere, probably for cheaper. But I did actually buy something this month: a New Nintendo 2DS Pikachu Edition! 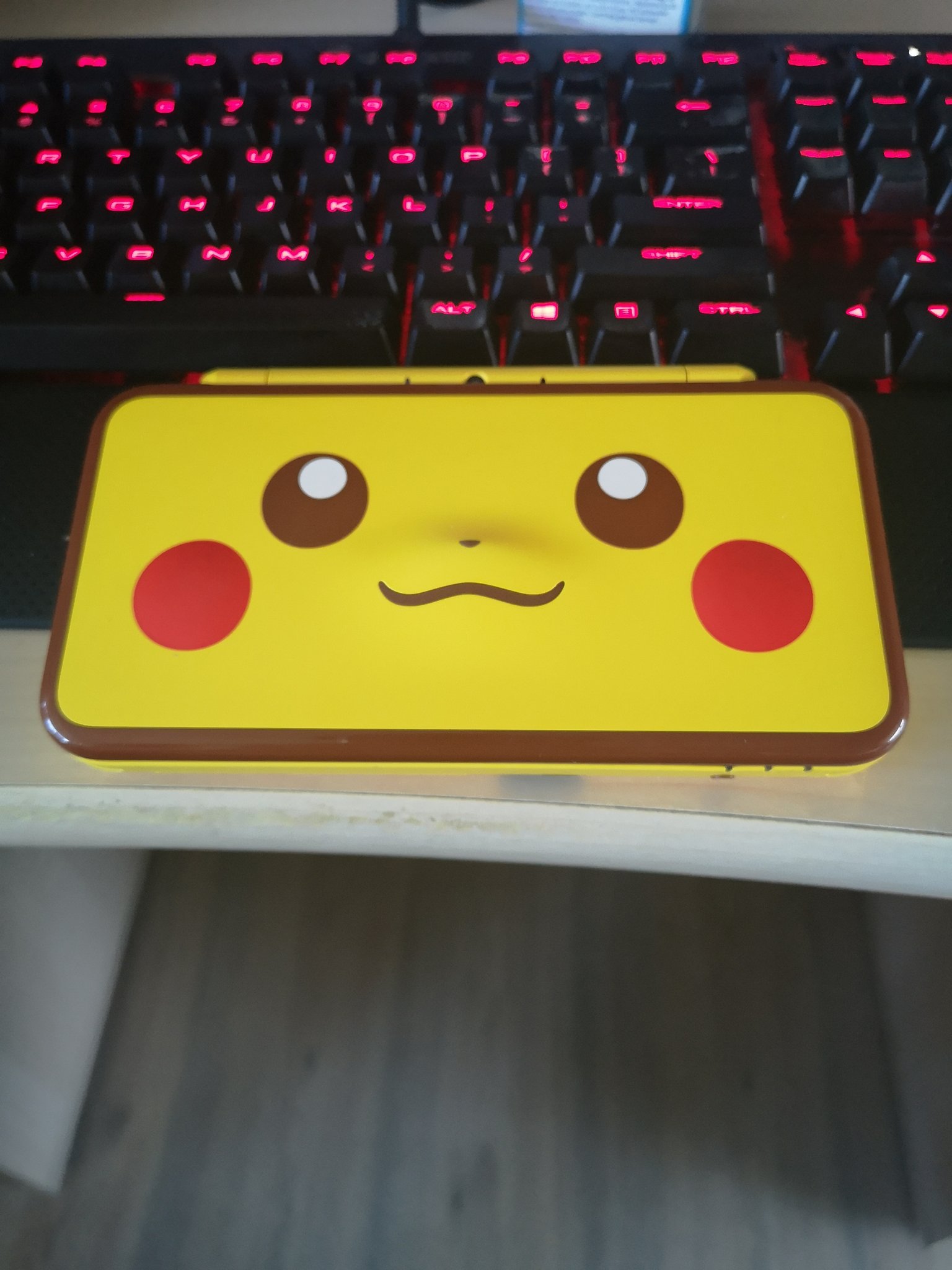 I’m a collector of limited edition special consoles as I have… too many Nintendo DS handhelds and PSPs, but I did not own a handheld of both the ”new” or 2D variety yet. Apparently the ”new” variants are more powerful than their predecessors, as well as having an extra thumb stick? It’s pathetic how this variant only got a total of 5 games but oh well, I do have my new preferred way of playing Nintendo (3)DS games now!

What have I been playing?

My month has been all over the place. Let’s start with the actual games that I’ve played and that are getting reviews as well:

While Disgaea surely consumed most of my time this month, there were actually two vastly different games that kept me more occupied than they should have.

The first one is Chivalry: Medieval Warfare. I’ve played this game a lot when it was just new and it was a really fun time. A good friend of mine, who is also a fellow achievement hunter, started playing again and I thought I’d join him. It’s still a fun game, but it has slightly dated and unfortunately is only played by a small dedicated group. So instead, we’re mostly just farming on each other in a private server. That does still take some time, but funnily enough I beat Wendy: Every Day Witch while he was farming me so that time was well spent! I’m almost done with farming I think though, so then I can put down the game again or have it on in the background for the time achievements.

The other game… is a gacha, namely Tales of Crestoria. So I might have said this before, but I really love the Tales of franchise. It has high-quality games with good stories, characters and especially fun combat. However, their attention nowadays is more focused on mobile games because that’s what Japan enjoys. There’s been a total of FOUR gacha games in this franchise. We never got the first one, the second one was trash and therefore it also didn’t take long before it bit the dust, and the third game was actually quite promising… until the global version shut down a year later. It’s still going strong in Japan, but I can’t read moonrunes. The fourth game is promising and has a real good story so far, but I can’t help but be afraid that this one will meet the same fate in due time. Fortunately I don’t feel too bad about playing this since there is an auto button, but no auto continue missions unfortunately so I still need to look pretty often. We’ll see how long this lasts, but that’s another game to add to the daily routine alongside Fate/Grand Order. If anyone is interested in my opinion about Tales of Crestoria, let me know and I might make a few articles about it!

This month I finally went a bit creative again instead of solely focusing on reviews. I like making different posts, but I always lack the inspiration to do so. Hopefully this is a sign!

Here is a list of blog posts that I’ve enjoyed reading this month, or projects that will happen the next month!

And that’s it for this month’s wrap up! Thank you for joining me as usual! For August, things are going to be quite busy and unpredictable. I have a big project coming up next week where I’m posting a big article every day, and I also have another ”project” coming up that I can’t spoil too much about yet, but it might mean that I’m taking a few weeks off due to it. Look forward to that I guess!

And I agree… if they can’t bother to respond to fan base on an offer – even to say they wish for a higher price … then whatever, totally their loss

I agree, I love it! And yeah, they want to sell something but if they don’t respond they won’t ever sell it so their loss I guess ^^

Thanks for the shout out!

I had originally intended to write up a piece in the same vein as those 5 Games That Impacted My Life posts talking about what the Halo games have meant to me as a series since 2001. I then decided to re-focus and condense down to just going over my reaction to the Halo: Infinite trailer. I wanted to acknowledge that the overreaction to a game’s seemingly poor looking visuals is nothing new and trying to remain level-headed about it, especially given how little gameplay we were shown.

I agree, the internet is always so quick to judge on just a few minutes of non-final gameplay. Then again, I wouldn’t be surprised if most of these were Sony fans since there is still a completely irrelevant war going on between the two.

Yes, the PS4’s dominance this generation has created some very obnoxious, entitled fans. Very much the way many Microsoft fans acted during the Xbox 360 days…

Ooh! I’m excited to see what all these projects you’ve got coming up are! Many thanks for the shout out 🙂

You’re welcome! The first one next week is more of a personal project but one that will possibly influence future articles as well, but the other one is definitely exciting and one that I’m personally looking forward to very much 🙂 !

Ori and the Blind Forest: Definitive Edition – I’m not crying, you are!

Five Game Franchises that would work well as Battle Royale